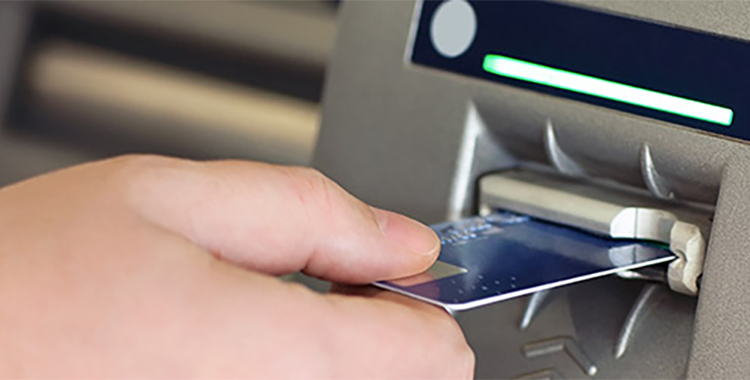 We are striving to provide services that our customers can feel secured by implementing a wide range of countermeasures against financial crimes as well as providing assistance for victims of such financial crime.

Measures to Prevent Loss from Bank
Transfer and Investment Scam

MUFG Bank (the Bank) and Mitsubishi UFJ Trust and Banking (the Trust Bank) are taking numerous measures to make customers aware of the sophisticated criminal techniques used in bank transfer and investment scam. Such measures include placing posters in branches and displaying warnings on ATM screens. If customers withdraw or transfer a large amount of money over the counter at branches, employees alerts customers by asking about the details and purpose of the transaction, or take other steps to prevent financial crimes beforehand by contacting the police as needed. In addition, when a customer opens a new account, employees require identity verification to customers and ask them about the purpose of the account's use. In this way, the Bank and the Trust Bank work to protect their customer's account from unauthorized use of financial crime.

Measures to Prevent Loss from
Counterfeit or Stolen ATM Cards

IC cards have been introduced to prevent harm due to cash card forgery and theft. To prevent peeping, rearview mirrors have been installed, and ATM screens have been equipped with polarized film and provided with reminder displays about password management. In addition, MUFG Bank has introduced biometric authentication to verify user identity.

A variety of effectual security measures have been established to prevent unauthorized third-party access and fake transactions through phishing and computer viruses.
MUFG Bank (the Bank) and Mitsubishi UFJ Trust and Banking (the Trust Bank) have introduced an electronic certification system, which displays a warning message if an email from the Bank or the Trust Bank has been tampered with. This system also allows customers to confirm on their computers that the server they access during Internet transactions is authentic. To counter computer viruses, the Bank and the Trust Bank recommend customers make use of the free antivirus software “Rapport,” which is exclusively designed for Internet banking.
In addition, in order to authenticate online transactions for individual customers, the companies provide the “One-Time Password Card,” giving the user a password that is valid only once per transaction. (the Bank and the Trust Bank also provides this service through a smartphone application.) This service greatly reduces the risk of fraudulent transactions by third parties.
Security measures for corporate customers include the Internet services “BizSTATION” (the Bank) and “the Bank Business Direct” (the Trust Bank) and the provision of the “One-Time Password Card” (the Bank) and the “One-Time Password Token” (the Trust Bank).
Mitsubishi UFJ NICOS (NICOS) is advancing company-wide efforts to comply with the Payment Card Industry Data Security Standard (PCIDSS), an international security standard for the credit card industry which is created to increase controls around cardholder data. In September 2010, NICOS acquired a PCIDSS certificate of compliance for the EC Card Settlement System, a credit card settlement system on the internet. Since then, NICOS has been steadily expanding the range of applications for the PCIDSS to maintain and enhance the security level, and has acquired a certificate of compliance for its major settlement systems in December 2014.

We also introduced an unauthorized use detection system to prevent customers from becoming embroiled in malicious card crimes. This system provides monitoring 24 hours a day, 365 days a year, to determine whether third parties are making unauthorized use of customers' cards.
In order to have customers use their cards with peace of mind, there are instances where card functions are temporarily suspended or where the identity of the card user is confirmed at the store at the time of use in the event that a suspicious transaction is detected. Also, in cases where a customer's card information may have been leaked to a third-party, we quickly enact measures to replace the jeopardized card with a new one (reissuance).

Production systems' operational units of NICOS cards of Mitsubishi UFJ NICOS has acquired the internationally recognized ISO/IEC 27001 certification for information security management systems as a part of their efforts to.